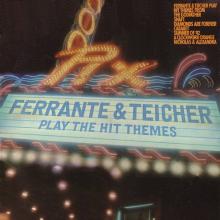 Lp released in 1972. "Cabaret" previously appeared on the album In The Heat Of The Night, "Tara's Theme" on Love Themes and "Midnight Cowboy" on Midnight Cowboy. "The Happy Italian" was originally released on The Music Lovers as "Italian Caprice."