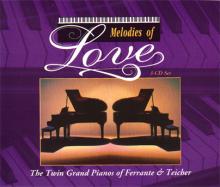 This 36-track, 3-CD was a no-frills set from GSC Music and did not include any credits or liner notes. It was originally issued in 1994 with the cover above and later with the cover below (the discs and back cover were identical on both sets). In 2001, it was reissued with two additional discs as a 60-track, 5-CD set.